over the weekend we visited one of our favorite cupcake shops, dots cupcakes in pasadena. chocolate coconut for hubby, raspberry lemon for me and an orange pupcake for bailey! 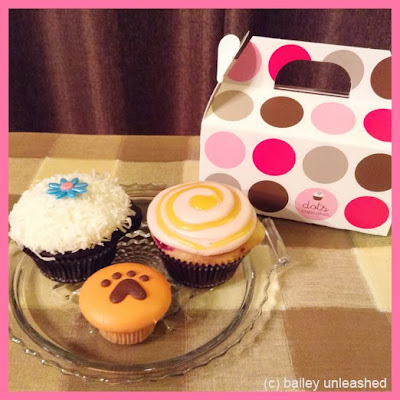 she could hardly contain herself! 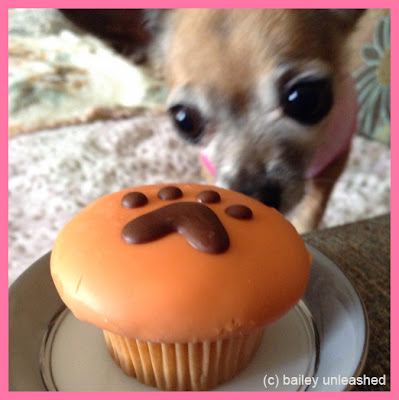 yes, bailey eats off of bavarian china. it was a special treat, that deserved a special plate. BOL 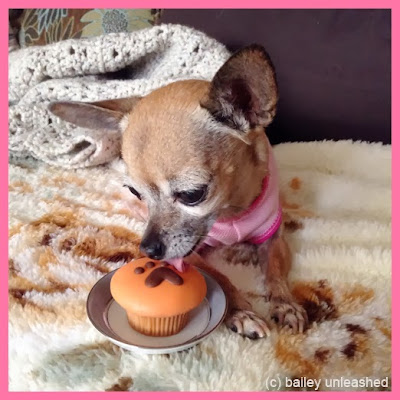 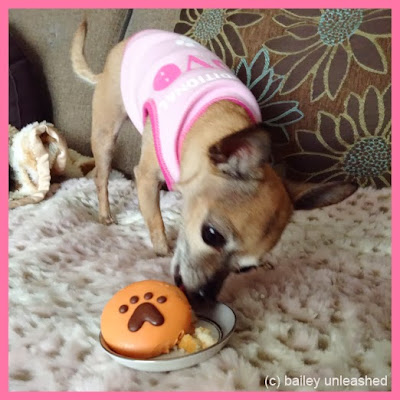 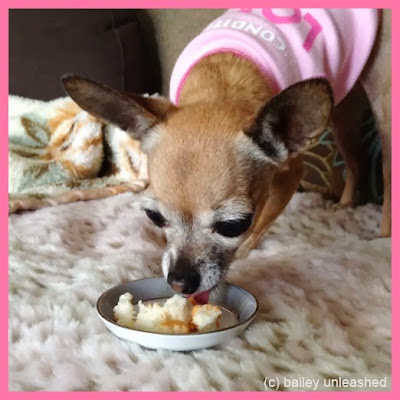 good to the last crumb. 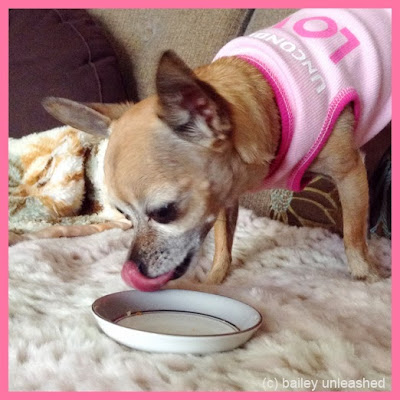 it may look like she ate the entire cupcake in one sitting, but don't worry, after she had a few bites, i took away 1/2 the cupcake. although i do believe she would have eaten the whole thing if i had let her. that would have been some big time mischief! 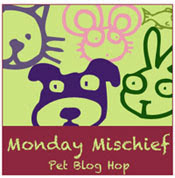