after our beach adventure on saturday, we headed up to temecula on sunday. 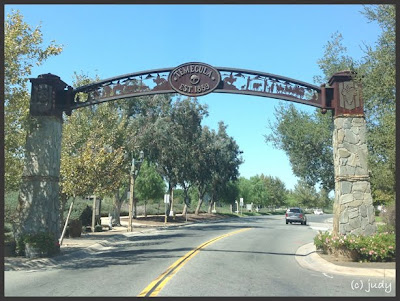 i used my handy dandy dog park finder app and found margarita community dog park. it was really hard to find as there are NO signs on the property that it even existed. it is hidden way behind the closed down ymca and not anywhere near the human park. it's as if they don't want anyone to know it's there! we were looking for it for quite a while in triple digit temps but i was stubborn to find it and didn't give up. bailey deserved some off leash time and i was determined to give it to her. 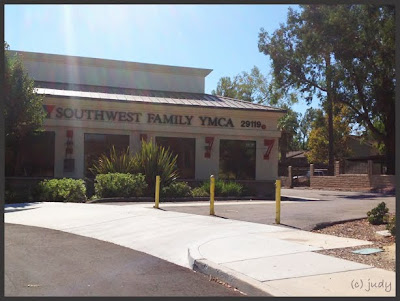 unfortunately we were the only ones there but that's ok. it looked to be fairly new and was full of trees and green lawn!!! there were two separate fenced sections, one for big dogs and the other for small dogs. each side had a water fountain and a cement park bench. isn't it pretty? 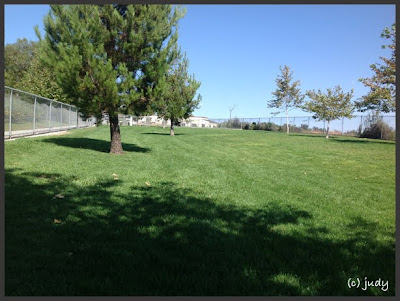 she enjoyed sniffing the scents and relaxing on the cool lawn under the trees. 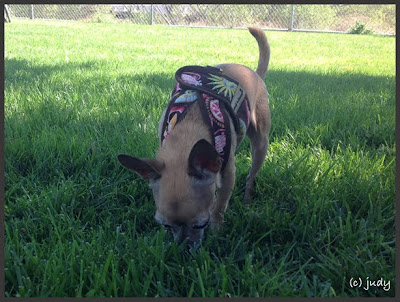 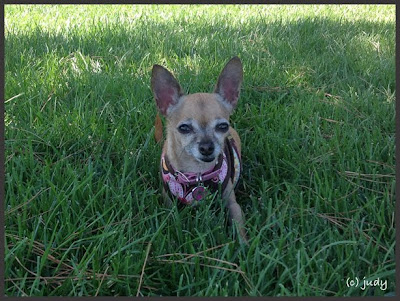 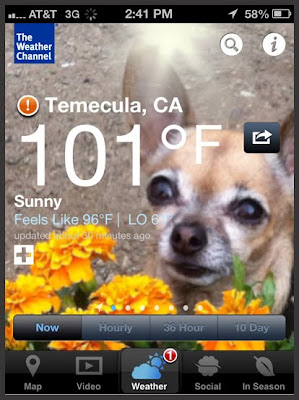 ...so after the dog park we went to cool off with some frozen yogurt at mangoz. 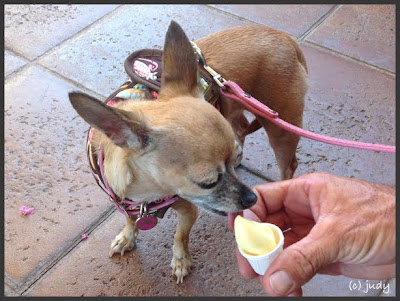 we had a great weekend, full of fun and adventure... and lots of coffee. it doesn't take much to tire little bailey so two entire days away from home had bailey pretty much zonked, but in a good way. 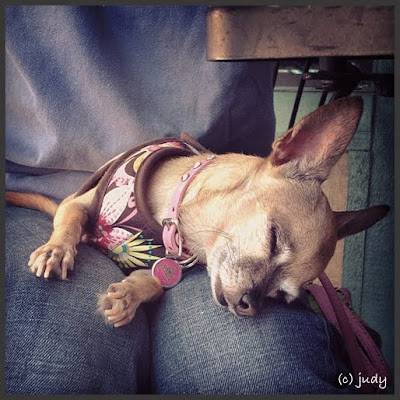 do you have any adventures planned for you and your pack?

have a great weekend my friends-

Posted by coffeedog at 5:00 AM