yesterday on our way to get bailey's nails clipped, a little brown chihuahua ran right in front of my car. i was going north and he was coming south. he basically made a left turn right in front of me. if i hadn't seen him coming, i would have hit him because i had the green light and i was already in the intersection. 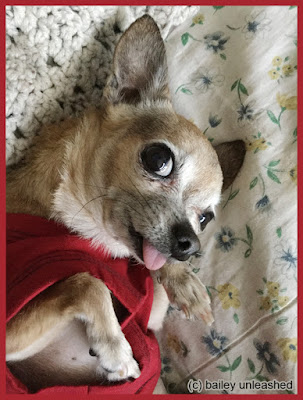 his little tongue was hanging out of his mouth and he looked so scared. he was running around without knowing where he was going and without direction. by the time i was able to swing back around, he was gone. i drove a up and down a few streets but i couldn't find him. now i can't get that poor baby out of my head. 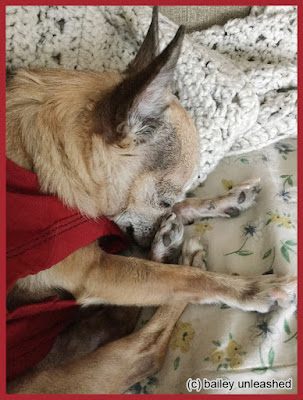 bailey is a rescue that was also found running on a busy street and now she lives like a princess. i pray someone was able to get him off the street and that he slept in a warm bed last night. it's the worst feeling knowing that i wasn't able to help him :( 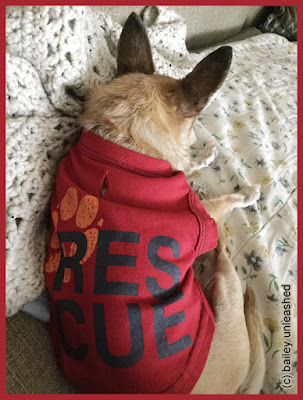