bailey had a busy weekend cheering on her favorite football teams. on saturday we watched the usc game. unfortunately the game did not end as bailey had hoped and she was quite upset about it. she was so upset that she wouldn't even look at the camera for her game day picture. 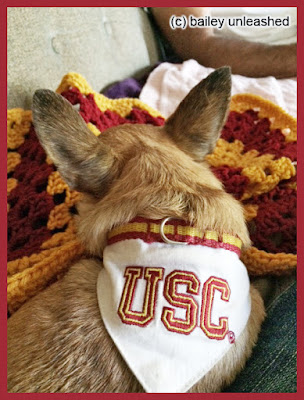 on sunday she cheered on the denver broncos. and even though cbs chose NOT to air the game in our area (#%$!#!!), she was still happy because they won. 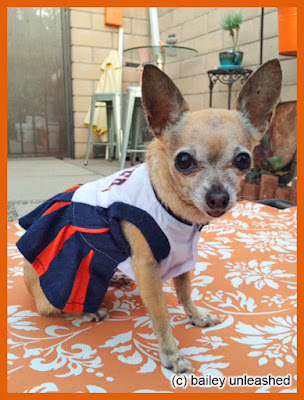