another year has flown by and it's time again for bailey's vaccinations. she was a brave little girl and didn't even flinch with the injection. as a reward doc gave her a jerky treat and three more for the road!

since i was there, i mentioned to our vet that sometimes when bailey runs, she skips or bunny hops. he said that is caused by a luxating patella, basically she has a trick knee. he said to keep an eye on her and if it becomes an issue we'll deal with it at that time but since it doesn't seem to bother her, she's good to go. 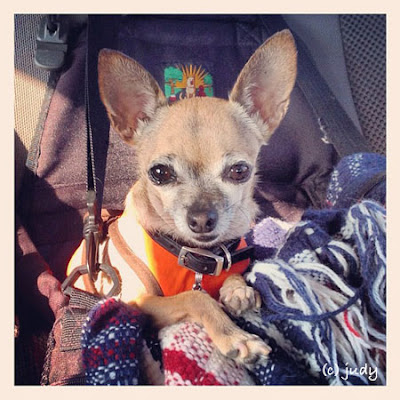 btw, bailey did not eat the jerkey as soon as she got into the car. she brought them all home and will share them with aoife over the next couple of days.

Posted by coffeedog at 5:30 AM