this past weekend, we drove out to hollywood to see the stars (on the hollywood walk of fame). i've lived in the los angeles area my whole life but never really did the tourist thing. we started off our day with coffee at groundwork coffee on sunset bl. (where they have been known to film private practice) 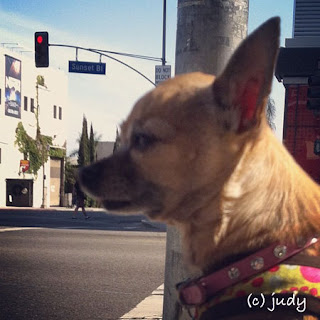 since it was bailey's first trip to the walk of fame, she wanted to look for lassie's star. we mapped it out and headed on our way. she was so happy. 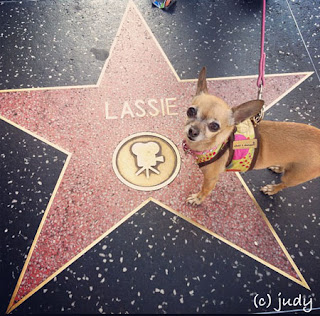 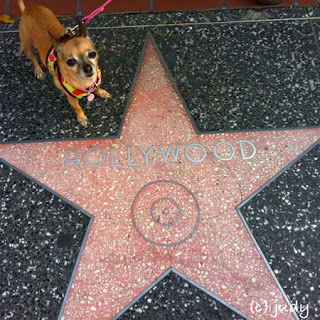 bailey "poses" in front of the arclight cinema 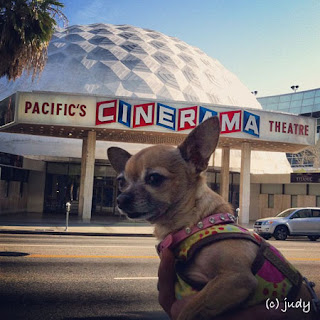 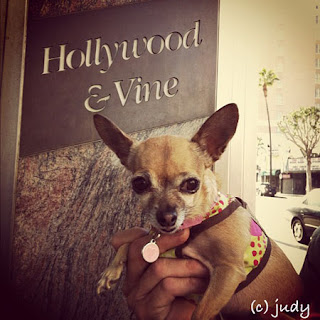 off in the distance, the hollywood sign looks down on the entertainment capital of the world. 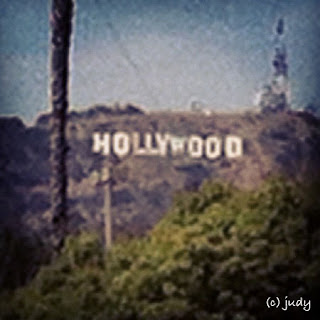 Posted by coffeedog at 8:00 AM